”Change began with myself” 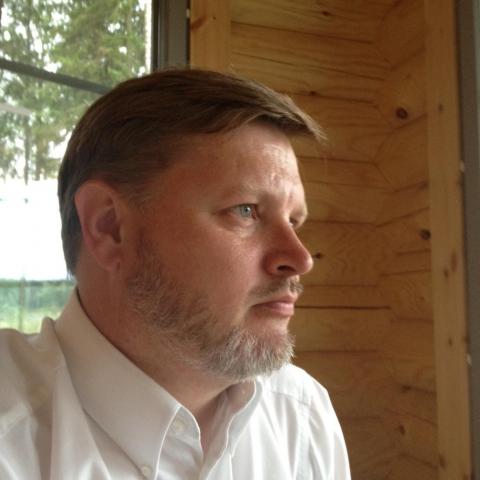 Outotec’s Non-ferrous Solutions- business area director Jari Rosendal has been in the house for over 20 years. From junior engineer to various technical and management position, Rosendal proceeded to the groups executive board and was introduced to deep leadership for the first time at an armed forces refresher practice.

When Outotec’s operational environment changed through acquisitions and the groups business model transformation, Rosendal felt the need for sparring on his own personnel leadership during the challenging step. He asked for assistance from deep leadership coaching ‘father’, Vesa Nissinen.

"Vesa became my personal coach in early 2010. We went through various deep leadership solution models and case studies as well as challenges, which I was confronted with. I wanted to make myself a better person and leader. I acknowledged that change has to begin with myself so that I can contribute to the success of the organization’s internal transformation challenges, as well as integrating the acquisitions as part of Outotec."

When Vesa Nissinen left for work challenges in Saudi Arabia in early 2011, Jari’s sparring was transferred to Deep Lead CEO Jarno Anttalainen’s responsibilities. At the same time, they began to plan the expansion of the sparring sessions to the new management team, which was still being formed.

"I felt that the coaching was so beneficial that I wanted to share it with the entire executive board. Coaching was needed, since the management team consisted of 12 people unfamiliar with each other. I felt that we had room for improvement in our communication."

According to Rosendal, Outotec was quite a performance-oriented company, where the hard values got the glory.

Through coaching I wanted to bring in the softer and more humane values. In order that our results would be even better in the future, we must invest in people and the development of their personal qualities. For success it is crucially important how those in senior positions behave in tight spots, how well they know how to listen to their subordinates and to communicate with them.

"At the beginning I didn’t tell the management team what kind of coaching they are going to attend. When it became clear that this isn’t traditional sales and management training, but self-development, many were amazed. The reception, however, was very positive and after the year of coaching the majority of the management team wanted to offer coaching to their subordinates. At the moment we have progressed so much that the next two groups of twelve people coaching groups are now being launched."

Rosendal says that he has noticed that many of the management team have softened their way of communication without losing good performance orientation.

"People have clearly thought about and reflected on their own behavior. Through the coaching, the management teams communication has also improved. Deep leadership® has given us a mutual interaction language."

He considers his personal 360-profile to be very true. Also on the road to development, progress has been made.

"In his last couple of profiles clear progress has occurred. After the third profile, my development statement ‘ I will stop, concentrate, ask, and give space by listening’ describes the urgency with which we all constantly wrestle. For me, coaching has done its job, because even if my calendar is as crowded as ever, my attitude towards the haste is different."

Rosendal recommends Deep leadership® coaching especially for organizations that are going through a change process.

"Deep leadership gives particularly good tools for making it through change. It also sensitizes one to think about one’s own behavior, self-expression and action in a group. I believe that everyone who has received the training has received something useful."

Many of Outotec’s technologies are rated as the EU’s classification of best available techniques (BAT- Best Available Techniques).

Outotec operates globally and has offices in 24 countries and supplies more than 80 countries.