"You cannot change personality but behavior can be changed" 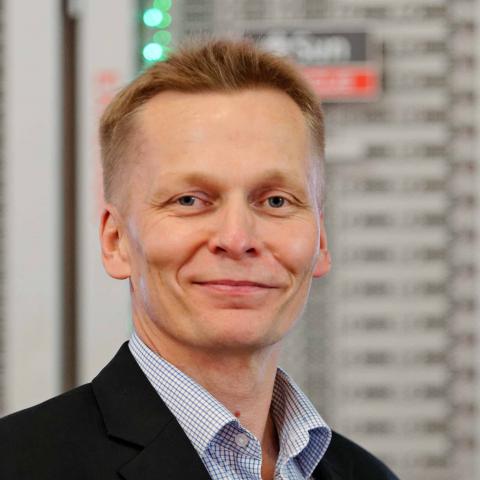 Oracle Finland’s Country Leader, Ari Peltola leads the organization with Ostrobothnian frankness and with lessons drawn from Deep Leadership®. The five-year investment in the entire personnel’s development has borne fruit: According to studies Oracle’s work and customer satisfaction are top class.

New challenges have presented themselves at suitable intervals, explains Peltola as to why he has been in the international business that employees over 100,000 people.

Deep Leadership® coaching has been an integral part of Oracle’s leadership culture since 2007.

The executive team coaching launched a snowball effect in Oracle: Deep Leadership® coaching was to be offered to all in supervisory positions and to all employees after that.

At the moment coaching has progressed so that nearly all our managers and nearly half of all 225 employees have already participated in the coaching. Deep Leadership® has become an integral part of our leadership culture. The Deep Leadership® model also works as a basis for our performance discussions, Peltola says.

It is easy to conclude that Deep Leadership® has played a significant role in the business development as well as in our employee satisfaction. All indicators show that we are moving strongly in the right direction. Coaching has had a positive and widespread effect - also on the company’s revenue.

According to the study, Oracle’s customer loyalty index (CLI) improved during the coaching and is the best of all Nordic countries. The study also showed considerable improvement in employee satisfaction at all levels.

Ari Peltola has followed his own development as a person and as a leader using the Deep Leadership® 360-profile since 2005.

According to Peltola the learning process has fluctuated. Sometimes practicing his development statement has been easy and sometimes challenging. It has been frustrating when investments in behavior and interaction skills development are not immediately apparent in the following profile.

I have tried to keep in mind that one’s personality cannot be changed but one’s own behavior can be changed. I am confident that persistent and long-term efforts will be rewarded.

Ari Peltola’s current development statement, “Inspire by asking”, was born from a suggestion by the executive board. The same statement has been in effect during the last two profiles.

”The phrase reflects my strengths as an extrovert and as a leader, who easily get excited about things, who should sometimes breathe a little deeper and remember to take others into consideration more. By presenting more questions, I give my coworkers more room and time to form an opinion about matters. Only after that, do I share my own thoughts with them.”

Peltola feels that he has developed during the six years of Deep Leadership® coaching as a person and as a leader.

Many matters, such as how busy I am and the amount of calendar entries hasn’t changed at all in recent years. However, my own attitude toward them is quite different than before. It indicates that progress has occurred.

Oracle engineers hardware and software to work together in the cloud and in your data center. For more information about Oracle (NASDAQ. ORCL), visit www.oracle.com